What safety measures are in place in public?

From 23rd May, the curfew has been lifted, restaurants and shops may return to their regular opening hours. With safety measures in place, all facilities and events can resume activities including public events, outdoor and indoor programs, leisure and sport centers. As per government it is required to wear masks in shops, on public transportation.

Are there limitations in place on how many people can be together enforced by government in your country?

Are there travel bans in place and if so they are more than 14 days quarantine on arrival? What is the current status of international and domestic travel bans?

In terms of business travel: All citizens of the EU, USA, Canada, UK, Sweden, Japan, and several other countries, are allowed to enter Hungary for work purposes. They need to provide an invitation letter, which we will send out before arrival but there is no more quarantine required. Most airlines are requesting a negative PCR test 48 hours before travel. Please contact us for more information.

Can you produce something right now in your country? When will international filming start based on the best estimate?

How does remote shooting work in Hungary?

We are well-prepared for all remote shooting solutions, remotely working with QTAKE and ZOOM joint technology. We have also succesfully tested Hugnarian developped,  more cost-effective and safer remote shooting system with closed network security system, mastering the process of streaming and communicating on online platforms without delay, and make shooting remotely as smooth as possible.

Is crew available/willing to work?

Generally people want to and are willing to work.

Are there restrictions for crew size?

There are no additional limitations.

Absolutely available, there are only a few districts where public places are less open for shooting.

There are no additional regulations.

Camera, lights and grip available. Equipment cleaned before and after shooting. No contact delivery: there is no contact between rental house staff and crew members, loading and unloading equipment takes place in a separate room with only one group present at a time.

Available. Pre-production and on set safety protocols in place.

Airbrush technic, washing brushes prior and after each talent, make up crew wears mask and protective face shield. Basic make up advised that takes max. 15 minutes. Scroll down for details.

Available, casting session at agency or in talent home is possible too. Talent wears mask when not in action. Each talent signs contract taking responsibility for attending shooting.

Available, no self-service, portions packed for each crew member. Bottled water only, coffee machine with operator only. Plastic or Paper utensils available.

Hungarian costume designers are well-prepared and always give a unique look for the production. Besides having a wide variety of wardrobe in stock, they offer replicas and custom made outfits. 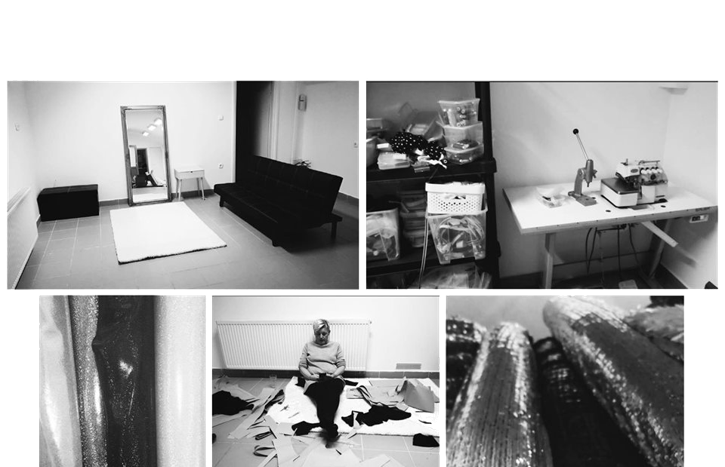 Airbrush is one of the most fantastic things that could have happened in makeup. It’s fast, looks great in the camera, and is the most hygienic way to apply makeup.

What is an airbrush make up?

Airbrush makeup is makeup sprayed onto the skin using an airbrush instead of being applied with sponges, brushes, fingers, or other methods. An airbrush is characterized by 3 major parts. A powered compressor is used to create an even and controllable airflow through a medical grade hose. The hose connects to a metal, trigger-actioned gun. An airbrush system can be altered to suit every type of makeup application by changing the air pressure for lighter, heavier, detailed or broader makeups. It is popular in film, theater, bridal makeup and sunless tanning..

Airbrush makeup has become more popular with the advent of high-definition video and television (HD). Traditional powder or liquid based make-up can settle and appear in pores and wrinkles and be visible on HD film. As the makeup is sprayed on, it connects with the skin as millions of droplets of formula. The formula can create an even, sheer, natural appearance to the skin that, if applied properly for a natural look, can appear natural and non-heavy like traditional makeup. Airbrush makeup wears longer than traditional powder or liquid foundation, and is able to stay put upwards of 12–24 hours. Airbrush makeup is also available for easy eyeshadow, blush, eyebrows and lips and can be layered, shaded, highlighted and contoured. Application wise, the technique is more sanitary than traditional makeup application due the artist never having to touch the skin. It’s also faster, if done by a trained artist. Fantasy and special effects are able to be stenciled or created by freehand. 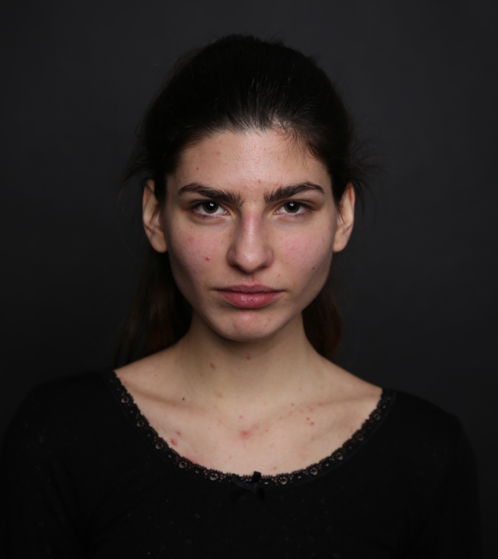 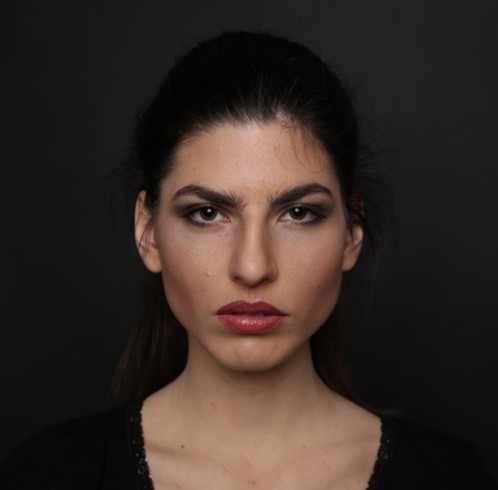